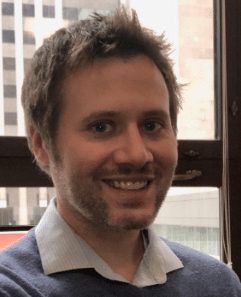 Cocaine addiction is a clinically diagnosable stimulant use disorder where one may be physically, mentally, emotionally, or socially reliant upon cocaine. Use continues despite a desire to stop or amidst serious personal or social consequences. Cocaine addiction is treatable, but it often requires the assistance of a trained professional.

Cocaine is a stimulant drug derived from the South American coca plant.1 It works by binding itself to the brain’s dopamine receptors, which compromise reuptake—creating a euphoric effect that often exceeds one’s natural experience.2,3,5

5 Signs of Cocaine Use

Individuals who use cocaine may feel more alert, stay awake for many hours, experience heightened concentration, use it to reduce the impact of other substances, and even lose their appetite, which promotes weight loss. The drug also has a numbing effect, particularly on the lips and face. A study conducted with lab animals assessing dopamine levels found that sex causes dopamine to increase from 100 to 200 units. Cocaine increased this to 350 units.5

Five visible signs that someone is under the influence of cocaine are:

Cocaine can quickly become addictive in the right circumstances. It can have a physical, mental, social, and emotional impact on the person using it. Some people see cocaine as less dangerous than other illegal substances (heroin, methamphetamine, opioids, etc.), but cocaine still comes with a high risk of abuse. Cocaine is an illegal substance in the United States. The FDA classifies it as a Schedule II drug meaning that it has an accepted medical use but has a high potential of abuse.

Common signs that one is addicted cocaine can include:

Additional social cues may include isolating oneself and/or spending time with new, usually unfamiliar people, who are also using cocaine or other illegal substances. Of course, there can be many more signs that go from being subtle to drastic.

What Are the Effects of Cocaine Use?

The effects of cocaine use often increase in intensity as use progresses toward addiction. It may be easy to hide at first, unidentifiable until use has continued for some time. Although individuals and circumstances differ, there are common signs that can indicate whether someone is currently under the influence of cocaine and/or addicted to cocaine.

The more symptoms that are present, the more likely that one is under the influence. The individual may also leave behind paraphernalia and/or remnants of cocaine powder.

Short-term effects of cocaine use may include feelings of:

Additionally, behavioral and physical effects include:

Chronic use of cocaine entails a progressive build-up toward increasingly significant symptoms, including disturbances in heart rhythm and heart attacks.7 With cocaine use, the effects of the drug on someone who is addicted or someone who is just trying it for the first time may be similar depending on the amount and potency of cocaine consumed. Any use of cocaine poses a risk.

Effects are further compounded in combination with alcohol and other drugs, whether medical or recreational. Sedating drugs are particularly dangerous, as they lower respiration while speeding up heart rate. These include benzodiazepines such as Valium (diazepam) or Xanax (alprazolam) and prescriptions for sleep such as Ambien (zolpidem) as well as other drugs that cause sedation. Because the cocaine high usually wears off faster than these drugs, the potential for a cocaine overdose is also increased.

It is also important to further consider mental health conditions. When an individual has a diagnosable addiction and mental health disorder, the co-occurring condition should be considered simultaneously. Depending on the severity of withdrawal, detox and stabilization may be essential first steps, but both conditions should be treated as soon as possible. Some people may be attracted to trying cocaine to  relieve symptoms of the mental health condition, which is further compromised by drug use. This cycle can be dangerous and very difficult to end.

Cocaine withdrawal is not life-threatening (meaning you cannot die from it) but it can be physically, mentally, and emotionally painful. The severity of withdrawal effects varies depending upon the total duration and frequency of use, potency/purity of the drug, duration of action in respect to method of ingestion, existence of underlying physical and/or mental health conditions, and the individual themselves.8

With a half-life of only 90 minutes, cocaine leaves the system quickly, which is what contributes to the cravings, use, withdrawal, repeat cycle that hooks many users.9

Cocaine withdrawal occurs in three distinct stages—the crash, withdrawal, and extinction. The crash occurs within 24 hours of last use.8 Withdrawal begins within the week of last use and lasts about 10 days while extinction can last up to 6 months.8 Effects from each stage of the process often decrease in intensity over time.

The effects of the first phase of withdrawal, the crash include:

The effects of the second phase of withdrawal include:

The effects of extinction include:

The experience is further complicated when withdrawing from additional substances of abuse.

Successful treatment greatly depends on one’s motivation. Recovery is a lifelong effort, but though challenging, it is possible. Treatment is as invasive and restrictive as the addiction warrants. Typical treatments can include medical detox, residential (inpatient) treatment, and a transition into intensive outpatient (IOP) with group living, outpatient counselling, and support groups.

Detox is often a necessary first step toward treatment. It is important to note that detox on its own is not a treatment.8 Rather, it provides an opportunity for severe initial withdrawal symptoms to subside enough that treatment is effectively possible. Although a supportive home environment free of cocaine may work, an actual treatment setting is recommended to remove elements of temptation.

Residential inpatient settings are often referred to as “rehab.” Time in rehab varies but typically lasts 30 to 90 days or longer. Patients are closely monitored, which restricts access to cocaine and other substances of abuse. Daily activities include a combination of individual and group counseling, physically and mentally healthy activities, psychoeducation, meals, and medication management (as appropriate). In many cases, family participation is encouraged once the patient has been stabilized and consents to their attendance.

IOP is often referred to as part-time treatment. It is less restrictive than rehab but more restrictive than outpatient therapy. A benefit for patients who are higher functioning is that they may continue balancing life obligations with a heavy focus on recovery. IOP occurs about 10 to 12 hours per week and varies with days and times.

Support groups such as Narcotics Anonymous (NA) are helpful for those who are in a higher level of recovery. This includes people in the maintenance stage of recovery who have remained abstinent for an extended period. Those who are actively using may not only struggle to remain abstinent themselves but also compromise the sobriety of others in the group.

For those currently in treatment, joining a support group may serve as an effective adjunct. For those in aftercare, it can assist with maintained recovery. By forming comradery, exchanging meaningful stories, holding one another accountable, and sharing resources; group participation may prove extremely beneficial.

Currently, there are no specific medications for cocaine detox; however, some medications are used off-label for relief from withdrawal symptoms. These include antidepressants and modafinil.8 Otherwise, medications targeted toward addressing specific symptoms may also prove helpful. Any medications considered should be discussed with a medical professional. Prescription medications should only be taken under the advisory of a prescribing physician. Contraindications involving other necessary medications should also be considered.

How to Get Help for Cocaine Addiction

Fortunately, treatment centers and mental health/addiction professionals may be found online in an online directory. Many therapists have their own websites with treatment descriptions, provider bios, and other important information. Accessibility does vary by location, but even participating in online counseling and support groups is more helpful than trying to recover alone.

Important considerations for getting professional help include:

Getting help for a loved one involves soliciting their active participation, which can be difficult. Parents and guardians may admit minors without consent, but in the case of adults, aside from any legal or clinically deemed imminent harm to self or others, they must agree to treatment.

It’s likely that the individual will exhibit denial, resistance, and other reasons to not attend treatment, meaning that it’s important to remain patient, empathetic, and firm. This may include expressing love and concern, setting boundaries, providing continued support throughout treatment, and perhaps even working on one’s own maladaptive behaviors.

Given the toll this takes, those who have a loved one with a cocaine addiction may require their own mental health support. Outpatient counseling and/or support groups such as NarAnon address many mental and emotional needs as well as assist with how to continue effectively supporting the loved one in recovery.

Although cocaine is not the most widely used drug in the United States, the numbers are still cause for concern. It is important to note that individuals introduced to drugs at a younger age are ones who are increasingly likely to become addicted and struggle in adulthood. With 4% of 12th graders acknowledging use at least once and overdose deaths appearing to increase, better prevention programs may help reduce the likelihood of initial use and subsequent addiction.10

Cocaine addiction is a serious condition that not only impacts the individual but their loved ones, friends, co-workers, and entire communities. Even casual use places one at risk each time while complicating physical and mental well-being. To best treat cocaine addiction, a comprehensive, individualized approach is recommended. 10 Best Movies About AddictionHere are ten movies about addiction, ranging from seeing it unravel lives in real-time to dealing with the devastating more
'; How to Make a Relapse Prevention Plan in 7 StepsA relapse prevention plan is a preventative measure taken to reduce or eliminate the likelihood of relapse, typically in more
'; Signs You’re Dating an Alcoholic & How to CopeDating an alcoholic may leave you feeling frustrated, resentful, and angry. Some ways to cope can include setting boundaries, more
';