What Are the Negative Symptoms of Schizophrenia?

Schizophrenia’s symptoms are often categorized into two types: negative and positive. The term “negative” is used to refer to the absence of typical healthy features, like motivation, interest, and expression. Negative schizophrenia symptoms are the most common first sign of schizophrenia, and usually emerge during the prodromal (i.e., initial) phase of the condition.

What Are Negative Symptoms in Schizophrenia?

Negative symptoms of schizophrenia reflect impairments in one’s emotional and social abilities, and may overlap with cognitive symptoms as well. They can be classified as being either primary or secondary.

Negative symptoms in schizophrenia can be grouped into two main categories:

Deficits of expression, motivation, and interest can manifest in the form of different behaviors and degrees depending on the severity of the illness. Many of these symptoms may overlap with other diagnoses and personality traits, though a skilled professional can help discern if schizophrenia is the root cause.

The most common negative symptoms of schizophrenia include:

Anhedonia refers to a reduced ability to experience pleasure from things that most typical people would find enjoyable. When this refers to an inability to enjoy activities, people, or things in the present (e.g., eating ice cream, playing a game), it is referred to as consummatory anhedonia.

Blunted affect is a particularly common negative symptom of schizophrenia and refers to reduced emotional expression in one’s face (e.g., smile/frown, furrowed brow), body (e.g., gestures), or voice (e.g., intonation). Flat affect is an extreme case of blunted affect, characterized by the complete absence of emotional expression. An individual with affective deficits may speak in a monotone voice or not make eye contact when speaking to others.

Alogia, also referred to as “poverty of speech,” is a reduction in verbal expression, particularly the number of words spoken. Questions may receive one or two word responses, briefer than what a typical person would use for reply. Words will often be monosyllabic and simple in content.

Alogia differs from aphasia (inability to produce or comprehend words due to neurological dysfunction) in that, within the context of schizophrenia, diminished speech seems more related to a lack of motivation to speak rather than an inability to form words. Alogia may present together with blunted affect.

Avolition deficits, also referred to as decreased drive, apathy, or amotivation, refer to reduced motivation and initiation of activity, be it in contexts of work, socializing, or recreation. Common examples of this deficit include a failure to pay bills, not showing up to school or work, avoiding self-care, neglecting hygiene (e.g., brushing hair and teeth), and neglecting chores (e.g., tidiness, laundry, etc.). Consequences of ignoring such tasks may result in a downward spiral of dysfunction and stress.

Asociality is a reduced interest in social interaction. While a lack of socialization may not be significant for typical individuals, when an individual with schizophrenia retreats from social activities, it can lead to secondary problems. These include increased paranoia, cognitive decline, and a worsening of depression and other negative symptoms.

Catatonia is a symptom cluster that can consist of both positive and negative features, and therefore deserves mention here, despite not generally regarded as a purely negative symptom. Negative catatonic features include stupor (motor immobility), mutism (little to no verbal response to prompts), and negativism (no response to instructions or other prompts). A state of stillness might suddenly give way to a state of excited agitation. The fluctuation of negative features with positive features (such as catalepsy, posturing, mannerism, agitation, mimicking) renders catatonia–a curious condition that is still not fully understood, but can make those suffering from schizophrenia the target of ridicule or even fear from others.

Examples of Negative Symptoms in Schizophrenia

Negative symptoms of schizophrenia may manifest uniquely and with varying saliency depending on one’s environment, treatment, and pathophysiology. However, there are some common behaviors that may be exhibited. While some of these symptoms are also seen with other disorders, such as depression, a skilled professional will be able to determine if they are being caused by schizophrenia.

Common examples of negative symptoms in schizophrenia include:

The precise mechanisms underlying the etiology and development of schizophrenia are not fully understood; current theories combine multiple components. Neurophysiological dysfunction (due to genetics or environmental factors) can produce cognitive and emotional deficits that exacerbate vulnerability to both schizophrenia symptoms, as well as maladaptive behaviors (e.g., drug use) that can lead to earlier onset of the illness.

Possible causes of schizophrenia include:

How Is Schizophrenia Diagnosed?

Schizophrenia is most often diagnosed in the period from late adolescence to early adulthood (late-20s) with the emergence of psychosis. Negative and cognitive symptoms can manifest earlier in childhood, but they may not be as salient or easily linked with schizophrenia.

How Are Negative Symptoms Treated?

Negative symptoms are not as responsive to medication and remain a challenge to treat.  However, recent developments in drug therapies, combined with greater attention being given to these symptoms, offer hope for future treatment. Another welcome development is the enhanced focus on the early detection of negative and cognitive symptoms; hopefully this will lead to earlier treatment for most people.

Antipsychotic medication has been the main pharmaceutical of choice in treating schizophrenia. Nevertheless, primary negative symptoms are not as responsive, and may be better treated with drugs that modulate other neurotransmitters, hormones, and inflammation.

Medications sometimes used to treat negative symptoms of schizophrenia include:

Negative symptoms often involve withdrawing from or difficulty with social interaction, so attendance and participation in therapy may be poor. In some cases, the very symptom that the therapy is trying to treat–such as lack of interest and motivation–is what prevents an individual from attending therapy.

Therapy options for positive symptoms of schizophrenia include:

How to Cope With Negative Symptoms

Schizophrenia symptoms can be challenging for both the individual and family, and coping strategies can be integral for all parties involved. Even if medication is the first line of treatment, compliance can be a big problem; having a solid support system and strategy is imperative to a positive long-term outcome.

Here are some ways to cope with negative symptoms:

How to Support a Loved One With Schizophrenia

Depending on the severity and manifestation of a person’s diagnosis, support may take different forms; but, there are some ways relatives and friends can help a loved one cope with their negative symptoms.

Here are some ways that you can support someone diagnosed with schizophrenia:

While positive and secondary negative symptoms tend to come and go and are somewhat treatable with medication, primary negative symptoms persist and tend to worsen over time if left untreated. Early intervention, as well as maintaining social connectedness, is key to slowing the progression of the disease. Psychotherapy, social skills training, and support groups for you and your family can all help with managing schizophrenia symptoms. 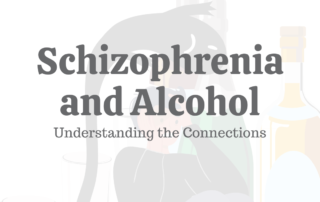 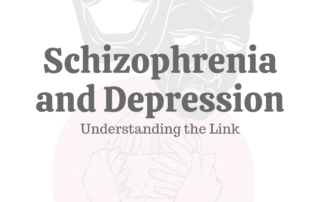 Bipolar & Schizophrenia: Dual Diagnosis or Schizoaffective Disorder?
It isn’t uncommon to have symptoms of both schizophrenia and bipolar, but not all researchers agree about how to...
';