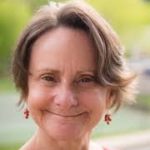 OCD in Teens: Signs & How to Help

OCD Symptoms, Signs, & What to Watch For

Leslie Shapiro, LICSW, has been treating OCD and related disorders since 1989. In 1997, she was hired as one of the initial behavior therapists at the OCD Institute (OCDI) at McLean Hospital, the premiere residential treatment program for treatment-resistant OCD. In 2009, Ms. Shapiro was awarded the first interdisciplinary career development research grant at McLean Hospital. The grant supported her pilot project on conscience related factors in OCD. She continues this research at the Office of Clinical Assessment and Research at the OCD Institute.

Leslie is the author of two books on OCD: Understanding OCD: Skills to Control the Conscience and Outsmart Obsessive Compulsive Disorder and Obsessive Compulsive Disorder: Elements, History, Treatments, and Research. She has also written online OCD continuing education courses and has presented on OCD and related disorders in professional, academic, and community settings. Her other roles have included committee membership for Partners for Research Advancement in Nursing and Social Work at McLean Hospital, adjunct professor at the Boston University School of Social Work, and teaching, supervising, and training students and staff at the OCD Institute.

Leslie notes that having the trust of people who face their obsessive fears is a privilege. Treatment can often feel like taking a leap of faith that requires courage, patience, and persistence. Having a therapist be both at the top of the cliff to cheer people on and be at the bottom as a solid safety net helps people land with more confidence and freedom from fear. She was also a Peace Corps volunteer in West Africa from 1982-1984.