Obsessive-compulsive disorder, or OCD, is an anxiety disorder that involves obsessive thoughts and compulsive behaviors. Treatment for OCD can include medication and therapy. There are several different types of medications that are effective for treating OCD, but SSRIs are typically preferred because they are safe and effective. People with OCD who are taking medication can expect to notice improvements in around 8 to 12 weeks.

Medication is often recommended as a treatment for OCD.1 Some people with mild OCD may be able to recover with therapy alone, but if symptoms are moderate to severe, then treatment usually includes both therapy and medication. If your symptoms of OCD are interfering with your life, causing you distress, and not improving with just therapy, then you may want to consider whether medication may be right for you.

If you are thinking about medication for OCD, you can start by speaking with your physician or seeking a consultation with a psychiatric provider like a psychiatrist or psychiatric nurse practitioner. Depending on your insurance, you might need a referral to meet with one. They will be able to set up an evaluation where they will ask you several questions about your symptoms and history to help determine whether you could benefit from medication for your OCD. If they feel like medication is right for you, they will provide you with a prescription and discuss how often and how much you should take, as well as any potential side effects.

There are several different types of medications that are effective for treating OCD:

Clomipramine, also sold under the brand name Anafranil, is a tricyclic antidepressant that works on the serotonin receptors in the brain.2,3 This medication has been used since the 1980’s as a treatment for OCD and is considered effective for adults and children over 10 years old.

However, clomipramine can cause certain side effects, including:

These side effects are more likely at high doses of 250mg or more. Because of the potential for developing these side effects, providers are cautious in prescribing this medication. If you are prescribed clomipramine, your provider will discuss the possibility of side effects and closely monitor you.

Fluoxetine, or Prozac, is a selective serotonin reuptake inhibitor (SSRI), which is a commonly prescribed antidepressant that also affects serotonin levels in the brain, but has a lower risk for harmful side effects.2,3

Paroxetine, also sold under the brand names Paxil and Pexeva, is another type of SSRI that is used to treat OCD.2,5 Doses of up to 100mg of paroxetine may be needed to manage OCD symptoms. In addition to OCD, paroxetine is also used to treat depression, generalized and social anxiety disorders, post-traumatic stress disorder (PTSD), and panic disorder.

Fluvoxamine was the first SSRI shown to be effective for the treatment of OCD.2,6 It is FDA-approved for adults and children over eight years old. Doses of up to 300 mg may be prescribed to help alleviate OCD symptoms. Prescribers tend to avoid prescribing fluvoxamine with clomipramine, because these medications together can increase the risk of seizures and arrhythmia. Fluvoxamine may also be prescribed to treat depression and social anxiety disorder.

Zoloft, which is also available as the generic sertraline, is another SSRI that is approved for treating OCD in people ages six and older.7,8 Like other SSRIs, Zoloft is considered generally safe, but can cause certain side effects. Zoloft is also used to treat depression, social anxiety, panic attacks, PTSD, and PMDD.

Celexa, also known by the generic citalopram, is also an SSRI.2,8 While it is not FDA-approved for the treatment of OCD, studies have shown that it is effective for alleviating symptoms of OCD and some providers will prescribe it off-label for this purpose.

In 2011, the FDA issued a black-box warning for doses of Celexa that are over 40mg because of the risk of developing arrhythmias and ECG abnormalities. Because of the potential risks, prescribers always weigh the pros and cons before prescribing this medication to determine whether it is best for the patient.

What’s the Best Medication for OCD?

It’s hard to say what is the best medication for OCD, because what is best for one person may not be best for another. Each person responds to medication differently. However, SSRIs like paroxetine and fluoxetine are often recommended first because they are considered safe and effective with a low risk for serious side effects.2 If a person does not improve on an SSRI, a prescriber may then decide to try a different type of medication like clomipramine.

SSRIs are effective in treating OCD.2 Since the 1980’s, over 20 studies have found SSRI monotherapy, or treatment with one medication, to be effective. These medications are often preferred over other OCD medications like clomipramine, because they are less likely to cause side effects.

When it comes to SSRIs, there is no evidence that one works better than another. However, higher doses than those typically prescribed for depression are needed to treat OCD. The choice of what medication to prescribe will depend on a person’s symptoms, risk of side effects, interactions with other medications, and personal preference.

How Long Do They Take to Work?

SSRIs typically take 8 to 12 weeks to help manage OCD symptoms.1,2 This is longer than it usually takes SSRIs to improve symptoms of depression. In the meantime, therapy can help a person address their OCD until they are able to experience the full benefits of medication.

Other Treatments Used With OCD Medication

The most common type of therapy for OCD is cognitive behavioral therapy (CBT).1 Exposure and response prevention (ERP) is a technique in CBT that is effective for treating OCD in children, teens, and adults.9 The goal of ERP is to cope with obsessive thoughts without turning to compulsive behaviors.

A trained therapist will guide you through these steps and gradually work from the least anxiety-provoking trigger to the most. It may take 12 to 15 sessions of EXRP to notice an improvement.10

Side Effects of OCD Medications

Side effects are common when taking medications. When it comes to OCD medications, SSRIs typically cause the fewest and least severe side effects.2 Clomipramine, on the other hand, can cause anticholinergic side effects, which can include dry mouth and constipation. The types of side effects can vary from person to person. Be sure to discuss any side effects you experience with your provider.

Seek professional help if medication causes you to experience the following:3,4,5,6,7,8

SSRIs like Zoloft, Prozac, and Paxil are typically the first medications recommended for OCD.2 These medications are considered to be generally safe. However, one risk to be aware of when taking SSRIs is the possibility of developing suicidal thoughts.11

Some studies have found an increased risk of suicidality in teens and young adults on antidepressants. Though this is rare, it’s important to be aware of this risk. If you find yourself experiencing suicidal thoughts, take action by contacting 911 or the National Suicide Prevention Lifeline at 1-800-273-TALK (8255).

In many cases the benefits of medications outweigh any potential risks, but your psychiatrist will discuss this with you. If you have any concerns, don’t hesitate to ask your prescriber.

What to Consider If You’re Pregnant or Taking Other Medications

If you’re pregnant or trying to become pregnant, you may be wondering if it’s safe to take medication for OCD. SSRIs are generally considered safe for pregnant women, but these medications do cross the placental barrier to the fetus.12Birth defects are rare but can occur.

Some babies exposed to SSRIs in utero develop withdrawal symptoms like irritability, low blood sugar, and feeding difficulties. These symptoms usually resolve rather quickly and do not harm the baby. However, more research is needed to fully understand how medications during pregnancy can affect children’s future development.

Depending upon the specific medication, some OCD medications may interact with other medications, which could have harmful results. For example, fluvoxamine and clomipramine are rarely prescribed together because taking them at the same time can increase the risk of seizures and arrhythmia.2

You should always tell your prescriber if you are pregnant, planning to become pregnant, breastfeeding, or taking any other medications. They will be able to discuss the risks and benefits with you and help you come up with a treatment plan that is safe.

Questions to Ask Your Prescriber About OCD Medication

If you’re considering medication for OCD, then you likely have questions for your prescriber. You will want to know about how to take these medications, what to watch out for, and whether you should make any lifestyle changes. Consider writing a list of questions and bringing it with you to your appointment.

These questions may be helpful to ask your doctor/prescriber before beginning taking OCD medication:

If you’re struggling with OCD, you’re not alone. Speaking with a therapist and finding the right medication that works for you can help put you on the path to recovery. Don’t hesitate to reach out for help. 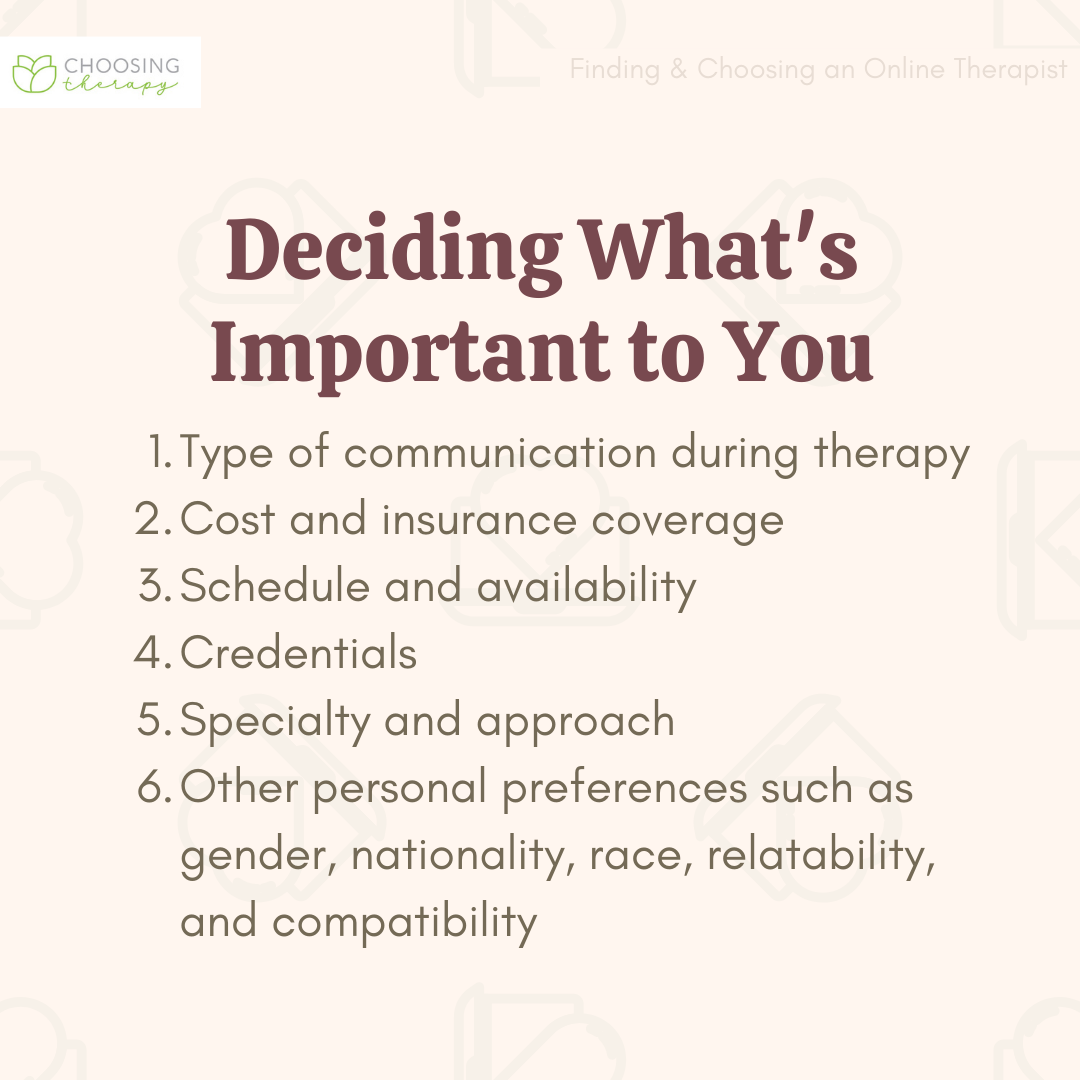 OCD in Children: Signs, Symptoms, & TreatmentsOCD in children involves obsessions and/or compulsions that are hard to control and cause stress in a child’s life. more
'; Rumination: Definition, Causes, & 8 Tips for StoppingRumination is a cycle of negative thinking that interferes in someone’s life. It starts as a coping mechanism to more
'; OCPD: Signs, Symptoms, & TreatmentsOCPD is a personality disorder marked by a need for orderliness, perfectionism, and control. OCPD may lead to workaholism, more
'; 10 Best OCD Books For 2021These books about OCD can help make sense of symptoms and offer solutions to common OCD-related problems, as well more
'; OCPD Treatment: Therapy, Medication, & Self HelpThere are a variety of ways to treat OCPD symptoms, however the most common treatments often include a combination more
';