Depression Symptoms, Signs, & What to Watch For 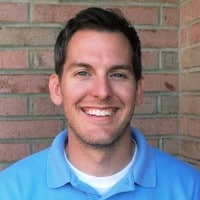 Sadness, fatigue, poor self-esteem, and excessive guilt are the classic symptoms of depression, but because there are various depressive disorders with the power to trigger numerous effects, the signs of depression are more complicated. Understanding depression symptoms is necessary to help identify a problematic condition, guide treatment, and establish recovery for the more than 20 million adults and adolescents with depressive symptoms in the U.S. 1

Symptoms of depression can improve with effective treatment, which typically includes a blend of therapy and medication. Many people with major depression reported symptoms lifting between three months to a year after beginning their treatment regimen.

Most Common Symptoms of Depression

The combination of depressive symptoms will begin to impact a person’s life at home, work, and school. As symptoms progress, relationships will suffer as a desire to withdraw and isolate from the outside world grows. People with severe depression may lose the desire to care for their well-being and struggle to complete even basic hygiene.

Because there are many symptoms of depression, two people could have vastly unique experiences, even though they have the same diagnosis. One person could feel sad and sleep all day, and another person could be extremely irritable while struggling to get much sleep at all.

Typically, a person must have five symptoms of depression that last for two weeks or longer to have a depressive disorder.2
People with even a few symptoms should consider seeking mental health treatment to ensure symptoms do not worsen in time.

The Type of Depressive Disorder Can Impact Symptoms

When people think of depression, they commonly refer to major depressive disorder, sometimes called clinical depression. However, there are several types of depression that vary based on their symptoms and the timing of when symptoms present.

These types of depression are:

In addition to the separate conditions creating signs of depression, the disorder may have specifiers that create an additional layer of symptoms.

Some of the frequently displayed specifiers for depressive disorders are:

With the combination of different conditions and different specifiers, many mental health symptoms can stem from depressive disorders. For this reason, people with these symptoms and mental health professionals must take care to gather information about all symptoms and identify the actual cause.

Because of age, sex, and cultural differences, people may display their depression in varied ways. This notion further supports the idea that there is no one universal way depression presents.

Signs of Depression in Women

According to the National Institute of Mental Health (NIMH), more women than men have a depressive disorder.1 The different rates of depression may be due to biological, lifestyle, hormonal, and environmental situations only women experience. Of the women who do have depression, many display the common depressive symptoms of sadness, guilt, and worthlessness.2

Signs of Depression in Men

Where women are more likely to display sadness and guilt, men are more likely to feel fatigued, lose interest in hobbies and activities, and experience sleeping problems. Men may be more irritable, angry, and frustrated, which makes using alcohol and other drugs more appealing as a way to numb or avoid unwanted feelings 2,4).

Signs of Depression in Children

Children are likely to show their depression by complaining of physical sickness, avoiding school, or worrying about a parent dying. Some children may present with more symptoms of anxiety before shifting into depression as they age. Parents and teachers should be aware of these changes and communicate with each other to gather information before choosing to follow up with a mental health expert.2

Signs of Depression in Teens

The significant social, biological, and environmental changes of adolescence bring opportunity for new and worsening depressive symptoms. The more than three million adolescents with depressive symptoms may get into more trouble at school, appear moody, irritable, or sad, and report feeling misunderstood1, 2. Many teens experience shifting mental health, so parents, teachers, and experts should work to identify how long the symptoms have lasted, how intense they are, and how different it is from their expected self.

Signs of Depression in Older Adults and Seniors

Rates of depression begin falling after age 25, but the condition continues to affect many older adults and seniors. Separating depressive symptoms from typical functioning is challenging for older adults because the effects of depression overlap with common aspects of getting older, physical health problems, and grief. An older adult with depression could complain of feeling tired, having sleeping problems, or being more irritable than usual. They may also struggle with periods of confusion and limited focus. These symptoms are not a normal part of aging, so anyone recognizing these signs should seek a thorough evaluation.2

Thoughts of Death or Suicide With Depression

Suicide is the second leading cause of death in people ages 10-14, 15-24, and 25-34.4 Though other factors may contribute to suicide, depression is a major force behind these high numbers due to its ability to adversely influence someone’s thoughts, feelings, and behaviors.

Suicide occurs at high rates, and the numbers have steadily increased since 2001. According to the NIMH, there were more than 47,000 completed suicides in 2017, more than double the number of homicides.5

Women are more like than men to attempt suicide, but more men complete the act, often because they utilize more violent methods.2 More than half of men who die by suicide use a gun, while women most often complete suicide by poisoning.5

In many ways, thinking about death is a normal part of human existence. It becomes more problematic when the thinking shifts to suicidal ideation where the person begins to see dying by suicide as a favorable decision. 5Nearly 10 million adults had serious thoughts about suicide, and more than one million adults attempted suicide in 2017 alone.5

Suicidal ideation, suicidal intent, and suicidal plans are not a typical part of life, as they indicate an increase in depression.

If someone notices themselves feeling this way, it is good to take action by:

If someone you know has reported a specific suicide plan or a strong desire to die, you should contact emergency services by calling 9-1-1. Suicide is a serious concern and should never be ignored.

When & How to Get Help with Depression

It is never too early or too late to get help with symptoms of depression and other mental health conditions. Getting help early while symptoms are mild can resolve the problem and prevent the disorder from causing significant impairment. On the other end of the spectrum, people should never give up on the idea of recovery, since even the most severe symptoms can respond well to effective treatment. Sadly, about 35% of adults and 60% of adolescents with depression do not receive treatment.1

Delaying and avoiding treatment for depression is linked to two significant issues:

Luckily, accessing professional mental health treatments is simple and straightforward in many situations.

A person can access psychological services to manage depression by:

Local, state, and federal programs may help pay for mental health services of those without insurance.

How Depression is Treated

Most often, depression is treated successfully with a combination of therapy and medication. Depending on the situation and symptoms, a person may find relief from only therapy or only medication.1

Sometimes called talk therapy or psychotherapy, therapy typically involves meeting with a therapist in an individual, group, or family setting. Therapy may look different depending on the professional’s background and focus, but the goal of therapy will always be to build coping skills, improve relationships, and modify thoughts and behaviors connected to feelings of depression.6

Antidepressants are generally safe and effective when used as prescribed, but people taking the medicines must use patience and caution. Typically, antidepressants take about a month to start working and creating the desired effect.2 Some people will note unwanted side effects caused by antidepressants such as nausea and diarrhea, weight gain, low energy, etc.2

For some people, especially teenagers and young adults, the use of prescribed antidepressants is linked to worsening depression. These people may have trouble sleeping, a lower mood, and new thoughts of suicide.2 Anyone trialing a new antidepressant medication should always communicate with their prescriber about any significant mood changes or undesirable side effects. There are many different medications and one or another might work better for someone, their prescriber will help to find the right fit.

The effectiveness of therapy and medication will vary widely based on many factors, including:

With effective treatment, symptoms of depression can improve. About 40% of people with major depression will begin recovery within three months, while 80% will experience symptoms lifting within a year.3

By modifying their thoughts and behaviors, each person has the ability to make their symptoms of depression better or worse. They may not be able to resolve symptoms completely, but a depressed person can improve their life by:

Unhealthy coping skills to avoid include:

As long as a person fully engages in professional treatments, uses positive coping skills, and avoids the negative ones, they will increase the chances of reducing the symptoms of depression.

For more information about depression, please refer to these organizations: Depression After Surgery: Symptoms, Treatments, & How to Cope
'; Anger in Children: Signs, Causes, & TreatmentsTeaching children strategies to manage their anger is key. The causes and symptoms of anger in children can vary more
'; 10 Signs of a Narcissistic Parent, & How to Deal With ThemAre you exclusively and possessively close to your parent(s)? Has one or both of your parents tried to live more
';