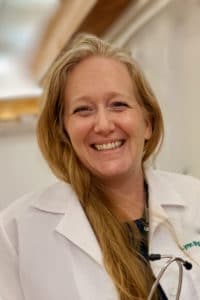 Sexual sadism disorder is when an individual, typically male, experiences persistent sexual excitement stemming from fantasies, urges or behavior related to causing physical or psychological harm to another during sexual activity. A pattern of sexual excitement does not qualify as a mental disorder unless accompanied by significant personal distress, impairment, or harm to self or others.

What Is Sexual Sadism Disorder?

Sexual sadism disorder is a subcategory of paraphilic disorders. A paraphilia is an intense and persistent sexual interest in atypical sexual targets or activities. A paraphilic disorder is a paraphilia which causes significant distress, functional impairment and/or harm to self or others. Most people who have sadistic sexual interests or who are affected by other paraphilias do not experience significant distress or cause harm and would therefore not be classified as having a mental disorder.

The extensive use of pornography involving infliction of pain and suffering is sometimes an associated feature of sexual sadism disorder.Women do not typically require treatment for problematic sadistic behaviors. However, sexually sadistic urges do occur within the female population at approximately half the rate found in men.1

The main criterion for sexual sadism disorder is a recurrent and intense sexual arousal from the physical or psychological suffering of another person, as manifested by fantasies, urges or behaviors.  Sexually active adults may engage in consenting “rough sex” or be aroused by sexual acts involving the infliction of pain. In the absence of fixation, mental distress, or the non-consenting infliction of pain on another person, this arousal would not be classified as a mental disorder. A person with sexual sadism disorder is often only able to achieve arousal when the infliction of suffering is present and they may lack control over their fantasies, urges, or behaviors.

Individuals who openly acknowledge an intense sexual interest in sadistic sexual activities are referred to as “admitting individuals.” These individuals are only diagnosed with a mental disorder if they report psychosocial difficulties or distress in relation to their sexual interests or have a legal record to indicate that they have acted on these impulses. Individuals who deny sadistic sexual interests yet have a history of inflicting pain or suffering on multiple non-consenting persons may be diagnosed with sexual sadism disorder despite their negative report.

In order to meet the diagnostic criteria for sexual sadism disorder, the sexually sadistic focus must have:1

Sexual sadistic disorder may be specified as:

Sexual sadism disorder typically develops in young adulthood. The average age of onset in one study of sadistic males was 19.4 years.1 Advancing age is likely to have the same reducing effect on this disorder as it has on other paraphilic disorders.

Some studies show that temporal lobe abnormalities may be implicated in sexual sadism, but more information is needed before any strong conclusions can be made.2 There is no conclusive evidence regarding what causes or triggers sexual sadism disorder. While other psychiatric disorders may be diagnosed along with sexual sadism disorder, this does not demonstrate causation.

How Is Sexual Sadism Disorder Diagnosed?

Sexually sadistic interests do not require treatment unless causing significant impairment or distress, or harm to self or another has occurred. For individuals who do experience distress or impairment as a result of their sexual fantasies, urges or behavior, psychotherapy is the most common treatment approach.

Some medications have been shown to be effective in reducing the compulsive behavior associated with sexual sadism disorder when utilized in conjunction with therapy.

Counseling with a certified sex therapist who specializes in paraphilias will ensure a knowledgeable and non-judgmental approach to psychotherapy. A sex therapist will take a detailed sexual and psychosocial history to assess for factors that contribute to the sadistic interest and its expression through urges, fantasies and behaviors.

The therapist will explore the onset and context of the symptoms being experienced, especially any changes in the situations or cues that have escalated sadistic thoughts or urges. The therapist may teach skills for navigating urges as they arise and/or employ Cognitive-Behavioral Therapy (CBT) techniques (see below.) Co-occurring psychological conditions, such as mood disorders or hypersexuality, will also be assessed and treated.

Sex therapists with CBT training will employ cognitive restructuring techniques to identify and change thoughts and behaviors. They may utilize aversion therapy or guided imagery to reduce interest in sadistic fantasies and change masturbatory habits. Studies have shown CBT to be an effective treatment for sexual sadism disorder, particularly when utilized in conjunction with drug therapy.

Selective Serotonin Reuptake inhibitors (SSRIs) such as Prozac/fluoxetine can help with co-occurring mood disorders, such as depression or anxiety, while simultaneously lowering sex drive. A lowered sex drive can help with the impulsivity associated with sadistic thoughts and behaviors, however does not directly address the sadistic urges without therapy.

Medroxyprogesterone acetate and cyproterone acetate are members of a class of drugs which can be used to lower testosterone levels temporarily in order to reduce sex drive and allow for more effective therapy. These drugs help reduce the levels of circulating testosterone and prime the recipient for cognitive restructuring therapy techniques.

How to Get Help for Sexual Sadism Disorder?

Individuals who suffer from sexual sadism disorder may not seek treatment due to denial, embarrassment or fear of judgment.  If you or your partner has sexually sadistic urges, fantasies or behaviors which cause significant distress or impairment, seeking psychological help with a knowledgeable and nonjudgmental professional is an important first step.

Your treatment provider can assess what healthy outlets may be possible for these sexual interests and work with you on minimizing the negative impact these impulses have on you and/or your partner’s well-being. When consulting a therapist for the psychological treatment of sexual issues, make sure that your mental health practitioner is AASECT (American Association of Sexuality Educators Counselors and Therapists) certified. “Sex therapist” and “sex therapy” are not protected terms, meaning that anyone can call themselves a sex therapist in their marketing.

Additionally, most mental health licensure requirements contain little or no instruction in human sexuality. AASECT certified providers receive an additional 18-24 months of training and a minimum of 300 additional hours of supervision in sex specific psychological issues.6 Typical rates for an AASECT certified sex therapist are on the upper end of private pay therapy rates in your area. Most sex therapists see individual clients for 45-60 minute sessions at rates between $120-$180 and couples for 75-90 minute sessions at rates between $190-$310. These rates may vary widely based on the availability of certified sex therapists in your area and on general mental health costs in your state.

If you are suffering from sexually sadistic urges make sure to:

Evolution of Sexual Sadism Disorder as a Mental Health Diagnosis5

Sexual sadism has been included in the Diagnostic and Statistical Manual of Mental Disorders (DSM) since its inception in 1952. Paraphilic diagnoses, particularly sexual sadism and sexual masochism, have been criticized as an attempt to control deviant behavior and arguably do not meet the criteria for true mental health diagnoses. Paraphilia diagnoses have been used to pathologize, stigmatize and discriminate against those who engage in alternative sexual practices.

Throughout subsequent editions of the Diagnostic and Statistical Manual of Mental Disorders (DSM) discernment was slowly made between consensual sexual practices which do not cause distress as compared to harmful urges, fantasies or behaviors which would constitute a psychological disorder requiring treatment.

Due to this narrower definition of pathological sexual sadism, prevalence of diagnosis has dropped significantly. Sexual sadism disorder as defined in the fifth edition of the Diagnostic and Statistical Manual of Mental Disorders (DSM-V) published in 2013 is rarely found in the general population outside of those diagnosed following sexually motivated crimes.

BetterHelp (Online Therapy) – Sexual issues are much more common than you think, and often treatable with therapy. BetterHelp has over 20,000 licensed therapists who provide convenient and affordable online therapy. BetterHelp starts at $60 per week. Complete a brief questionnaire and get matched with the right therapist for you. Get Started

Online-Therapy.com (Online Therapy) – Would you like sex to be a source of joy instead of frustration or pain? Try Therapy. The Online-Therapy.com standard plan includes a weekly 45 minute video session, unlimited text messaging between sessions, and self-guided activities like journaling. Recently, they added instructional Yoga videos. Get Started

Choosing Therapy’s Directory – Find an experienced therapist who specializes in sex therapy. You can search for a therapist by specialty, availability, insurance, and affordability. Therapist profiles and introductory videos provide insight into the therapist’s personality so you find the right fit. Find a therapist today.

Choosing Therapy partners with leading mental health companies and is compensated for referrals by BetterHelp and Online-Therapy.com Is Texting Cheating?Based on each relationship’s boundaries around fidelity, texting can be considered cheating. Signs of a texting affair may include more
'; Sexless Marriage: 8 Causes & Tips to Deal With ItMany couples report being in a sexless marriage, but this doesn’t necessarily spell disaster for the relationship. There are more
'; Infertility’s Impact on Your Sex Life & How to Reconnect SexuallyLearn more about the impact infertility can have on your sex life due to the mental health issues it more
'; ADHD & Sex: Connection, Impacts, & How to CopeADHD is a neurodevelopmental disorder that starts in childhood and, for many, continues into adulthood. Some ADHD symptoms can more
'; OCD & Sexual Intrusive Thoughts: Connections & Treatment OptionsSexual obsessions can be a challenging symptom of Obsessive Compulsive Disorder. People do not discuss them as often as more
';