Conduct Disorder is a pervasive childhood and adolescent disorder characterized by violating the rights of others and disregard for developmentally appropriate societal norms. The disorder has three sub-types based upon age of onset: childhood-onset type, adolescent-onset type and unspecified onset-type. There is also a diagnostic specifier of “limited prosocial emotions” given to those displaying unemotionality and callousness.

Diagnosis of or evidence of Conduct Disorder is a necessary precursor for diagnosis of antisocial personality disorder in adulthood.1

What Is Conduct Disorder?

Conduct disorder is classified with other disruptive behavioral disorders and is conceptualized into four categories: aggression, property destruction, deceitfulness and violation of rules. The disorder is diagnosed using criteria from the fifth edition of the Diagnostics and Statistical Manual (DSM-5). There are no age limitations on receiving a conduct disorder diagnosis.

To meet criteria a person must present with at least three of the following criteria over the past 12 months and it must cause significant impairment to the person’s functioning:1,2

Aggression to people and animals:

A child or teen with conduct disorder will exhibit troubling behaviors that draw negative attention from family members, school authorities, and law enforcement. They will constantly be in trouble at home, school and in most aspects of their life. Often, they will bully and initiate fights, display hostility and aggression towards others. They will frequently manipulate people for personal gain, and they will exhibit cunning and deceitful behaviors; they will likely not understand right and wrong and may have difficulty feeling remorse.

These maladaptive behaviors extend well beyond developmentally appropriate rebellion and often cause the child or teen to drop out of school, become incarcerated, get seriously injured and even socially shunned by peers and authority figures.2,3 Adults and seniors with conduct disorder will likely be diagnosed with antisocial personality disorder. Rarely does conduct disorder develop after the age of 16 and to be diagnosed with antisocial personality disorder, there must be evidence of conduct disorder in childhood.

Adults with conduct disorder typically have an increased risk of incarceration and are more likely to commit violent crimes. As stated earlier due to the rarity of this, most people consider conduct disorder a childhood/adolescent disorder.2,3

Symptoms of conduct disorder that draw attention to the child or teen are:

Other common risk factors for developing conduct disorder include:

How Is Conduct Disorder Diagnosed?

Conduct disorder is diagnosed by a mental health care professional or medical provider. A child or teen will likely be referred for evaluation to seek remedy for their problematic behavior, often by schools, medical providers or if the youth have involvement in the criminal justice system by lawyers or judges. A trained mental health professional will use DSM-5 criteria with a structured or semi-structured clinical interview to assess the child or teen.

They may also want to observe the child in their natural environment such as at school or home. Interviewing of parents, family members, teachers may also help determine proper diagnosis and help identify contributing factors to the maladaptive behavior. They will also look at behavior across different settings and contexts to look for variations in behavior.

For instance, if the child is relatively well behaved at school but disruptive at home, this could be indicative of parental or environmental issues at home that are exacerbating the youth’s behavior. Conversely, if the child’s behavior is consistent in most contexts and has been present for most of their life, this could indicate more severe and persistent causes of disorder such as personality, temperament or biological origins.8

The cost of conduct disorder treatment varies depending on health insurance coverage, form of treatment and access to providers and resources. Inpatient treatment is significantly more costly than outpatient treatment, however if symptoms are severe it may be the best indicated treatment modality.

If the youth is incarcerated, there may be group and individual therapy treatments included as part of the rehabilitation process, often targeting interpersonal skills training, emotion regulation and substance abuse treatment. Common treatment modalities for incarcerated youth reintegrating back to home or youth at risk are: multisystemic therapy (MST), multidimensional family therapy (MDFT), and functional family therapy (FFT). These interventions have shown to be effective in reducing delinquency and substance abuse in juveniles. Therapies that target interpersonal skills training

There is currently no Food and Drug Administration (FDA)-approved medication for conduct disorder, however treating with medication any co-occurring disorders such as mood disorders, ADHD are common practice. Without treatment, escalations of violent and aggressive behaviors are probable. Risk of the developing of antisocial personality disorder, psychopathy and being incarcerated is also more likely in youth diagnosed with conduct disorder.1,9,10,11

How to Get Help for Conduct Disorder

Positive parenting styles, generally defined as those that are supportive, affectionate, promote growth and resilience and communication of clear expectations with regards to behavior and consequences or discipline when not. This high affection, high structure may help reduce the chances a child with certain risk factors will go on to develop conduct disorder.

Permissive parenting styles which are characterized by little to no authority or discipline over their children, leading them to not regulate or change bad behaviors, are positively correlated with an increase in conduct disorders in boys but not in girls. Authoritarian parenting styles which are indicative of low affection and high discipline are also correlated to the development of conduct disorder.5,6,7

Supporting your child or teen with conduct disorder can be challenging and exhausting, however there are strategies that can help improve daily life for the child and family members and improve long-term positive outcomes.

The following tactics are useful in helping your child cope with conduct disorder:

When they do something positive, praise your child, be specific and genuine. Telling your child something as simple as, “Thank you for making your bed today,” reinforces positive behavior and lets them know you are paying attention to their efforts in improving.

Once boundaries are set, stick to them. Be clear and consistent with rules in your home, avoid power struggles.

Give responsibilities to your child. This will help your child feel responsible and develop a sense of agency within them.

Creating a consistent schedule for your child or teen will help foster stability and structure in the household and in their daily life.

Make Time for Your Child

Spend meaningful time together. Engage your child in conversations. Listen to your child and engage in activities with them. Show them that they matter!

The process of change won’t happen overnight. Your child and even other family members may resist the idea of change and it may take time. Think of this process as a marathon and not a sprint. Also, remember to practice self-care and check in with your support system when difficulties and stressors arise.9,12

What Is the Long-Term Outlook for a Child with Conduct Disorder?

Conduct disorder in females has been shown to be more predictive of internalizing disorders such as depression, social withdrawal, anxiety, and low self-esteem.It also often predicts poor educational and vocational performance. The importance of early identification and treatment of conduct disorder in conjunction with protective factors such as positive role models, affectionate parents and ability to regulate emotions are important in predicting better long-term outcomes for youth diagnosed.4,17,19

Conduct Disorder vs Other Disorders

Conduct disorder is commonly found in combination with other disruptive disorders such as oppositional defiance disorder (ODD), intermittent explosive disorder (IED) and attention deficit hyperactivity disorder (ADHD). These disorders should be considered during differential diagnosis of a youth. Some people view ODD and conduct disorder as separate disorders while others view them on a spectrum with Conduct Disorder being a more severe form of same psychopathology.

While conduct disorder is characterized by aggression to people, animals, theft and destruction of property, ODD is diagnosed by exhibiting at least four symptoms of the following DSM-5 criteria and having it functionally impair social interactions, education or occupational goals:

Each mental health provider may utilize different screening and assessment tools and will approach the clinical interview in varying ways; however certain methodologies and practices have more research validity and reliability.

To assess for conduct disorder, it is common to utilize the Kiddie Schedule for Affective Disorders and Schizophrenia (KSADS) semi-structured clinical interview. This tool helps assess for commonly comorbid disorders and is often praised for its flexibility of structure and applicability. The Delinquent Activities Scale (DAS) is also a tool used to measure severity of conduct disorder and is commonly used in forensic settings to determine risk level.

The Childhood Behavior Checklist is also frequently given to parents/guardians of children to assess for emotional and behavioral issues. It is self-administered by computer or by paper, and is often provided by medical or mental health providers. It is also accessible for purchase at the Achenback System of Empirically Based Assessment (ASEBA). A single time use purchase is currently $295.8,17

Assessments are to be conducted by trained mental health professionals such as therapists, forensic evaluators, psychologists, and psychiatrists. It is preferable that the mental health professional specializes in children’s disorders or behavioral and impulse-control disorders. The clinical considerations when assessing for conduct disorder are: client deceitfulness, reliability of parents/guardians and teachers, diagnostic comorbidities, issues with counseling counter-transference and relevant cultural considerations.1,8

For non-professional, self-administered screening, The Parent Test is a questionnaire at Mental Health America website that measures a youth’s behaviors to see if further professional evaluation may be warranted. When in doubt, always consult a mental health professional; it can often be confusing as a parent or guardian to know just what is normal developmentally and what is not. Visit the Mental Health America website for more information.

The following are helpful resources for anyone impacted by Conduct Disorder: Brain Fog: Causes, Symptoms & How to CopeBrain fog is a cluster of symptoms that impact thinking, feeling, and behavior for millions of people worldwide. Brain more
'; Rejection Sensitive Dysphoria (RSD): Definition, Related Disorders, & How to Get HelpRejection sensitive dysphoria (RSD) refers to an intense sensitivity to real or perceived criticism, rejection, or disapproval. This condition more
'; Just Right OCD: Obsessions, Compulsions, & TreatmentsPeople with just right OCD tend not to have intrusive thoughts, but they experience a subjective feeling that something more
'; 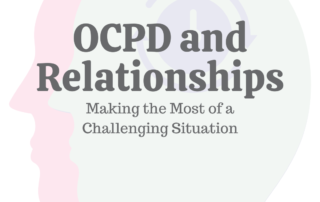