Lexapro vs. Wellbutrin: Choosing Which Is Right for You 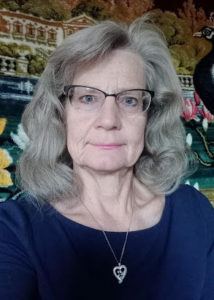 Lexapro and Wellbutrin are antidepressants that may be prescribed in the treatment of major depressive disorder and other mental health conditions. Taking these medications can result in side effects, such as headache and nausea. A doctor will recommend the prescription that is most suitable for you based on treatment duration, possible adverse reactions, and other factors.

Boxed Warning: Risk of Suicidal Thoughts and Behaviors in Certain People
Escitalopram, the active ingredient in Lexapro, has a black box warning. These are the most serious types of warnings from the Food and Drug Administration (FDA). Escitalopram can increase the risk of suicidal thoughts and behaviors in children, adolescents, and young adults. Regardless of your age, you should talk with your doctor about serious risks with escitalopram and any other medications before starting treatment.

Boxed Warning: buproprion (Wellbutrin SR and Wellbutrin XR) – Risk of Suicidal Thoughts and Behaviors in Certain People
buproprion, the active ingredient in Wellbutrin SR and Wellbutrin XR, has a black box warning. These are the most serious types of warnings from the Food and Drug Administration (FDA). Buproprion can increase the risk of suicidal thoughts and behaviors in children, adolescents, and young adults. Regardless of your age, you should talk with your doctor about serious risks with buproprion and any other medications before starting treatment.

What Are Lexapro & Wellbutrin?

Lexapro (escitalopram) and Wellbutrin (bupropion) are antidepressants that belong to two different categories of medication–SSRIs and NDRIs. Lexapro belongs to the selective serotonin reuptake inhibitors (SSRIs) class of drugs, while Wellbutrin is a norepinephrine-dopamine reuptake inhibitor (NDRIs). These medications are only available via prescription.

Lexapro and Wellbutrin may be prescribed by:

The table below compares Lexapro and Wellbutrin:1, 2

How Do Wellbutrin & Lexapro Work?

Wellbutrin belongs to the NDRI class of drugs that works by restoring the chemical balance of dopamine and norepinephrine in the brain. This plays an important role in managing symptoms of depression.

Lexapro is an SSRI medication that regulates serotonin levels in the brain by inhibiting the reuptake of serotonin, thus prolonging the action of serotonin. Similarly to Wellbutrin, this can be beneficial in the treatment of depression. Patients may experience relief from this medication within six to eight weeks after their initial dose.3

How Are Lexapro & Wellbutrin Used in Treatment?

The table below compares the conditions Lexapro and Wellbutrin may be prescribed for:1, 2, 4

Side Effects of Lexapro & Wellbutrin

Taking Lexapro or Wellbutrin may result in mild side effects, such as vomiting and drowsiness. These occur as one’s body adjusts to the medications and vary based on the individual, but may be persistent for some people.

The table below compares common side effects of Lexapro and Wellbutrin:1, 2

Lexapro and Wellbutrin can lead to severe side effects for people with certain health conditions. The severity of adverse effects depends on several factors, such as one’s age, pre-existing health conditions, and the interaction of either medication with another substance. Therefore, it is important to inform your doctor of your medical history and the substances you are considering or currently taking.

If a patient has a history of allergic reactions to other antidepressants, they are more at risk of experiencing adverse reactions to Lexapro and Wellbutrin. Consult with your doctor to ensure you remain safe while taking any medication.

Both Lexapro and Wellbutrin are approved as prescription medications by the FDA. Children and adolescents are at an increased risk of suicidal thoughts when using these medications. Furthermore, children under the age of 12 are not recommended a prescription for either drug, as the efficacy and side effects of both are poorly researched and understood.

Pregnant or breastfeeding mothers are at risk of health complications when taking Lexapro or Wellbutrin. Both medications may lead to preterm labor, neonatal exposure, and birth defects. Physicians will carefully consider the risks and benefits for individuals with liver or bleeding problems, as this medication may cause an increased risk of bleeding. This is due to the medications’ interference with the natural blood clotting process.

Lexapro and Wellbutrin may not be suitable for populations with a history of or who are currently:1, 2, 5

Taking certain medications, herbs, or supplements alongside Lexapro and Wellbutrin can change how Lexapro and Wellbutrin work in your body or increase the risk for serious side effects. This article does not consider all the possible interactions. Please let your doctor, psychiatrists, and pharmacists know about all the products you currently use, such as prescription medication, nonprescription drugs, and herbal supplements. Do not start, stop, or change the dosage of any medicines without your doctor’s approval.

Interaction of Lexapro and Wellbutrin with other medications, substances, or dietary supplements can be life-threatening. These medications have chemical components that can interact with other substances. This poses a great health risk as it can lead to overdose and sudden death.

Substances that interact with Lexapro and Wellbutrin include:1, 2, 5

Lexapro vs. Wellbutrin: Which Is More Effective?

Numerous studies have been conducted to determine the efficacy of Wellbutrin and Lexapro in treatment. One study found that sexual side effects were less likely to occur in patients taking Wellbutrin as opposed to Lexapro. However, findings suggested that both medications were equally effective in the treatment of depression symptoms.3

Do Either Work Faster or Last Longer?

Both Wellbutrin and Lexapro may improve sleep quality, energy levels, or appetite within the first one to two weeks of treatment. However, it might take as long as six to eight weeks before patients experience symptom relief.4 Some research suggests that Wellbutrin may be more tolerated by patients than Lexapro.

Wellbutrin is available as:2

Lexapro is available as:1

Is Either Better for Short-Term or Long-Term Use?

Both Lexapro and Wellbutrin can be used short- and long-term. Wellbutrin is generally associated with a more rapid onset and may be suitable for those who have responded well to other antidepressants. Lexapro is typically well-tolerated, and may therefore be prescribed to patients who are sensitive to medication side effects.

Can Lexapro & Wellbutrin Be Taken Together?

A physician may prescribe both Lexapro and Wellbutrin as a part of one’s treatment. When taken together, these medications can play an important role in mood regulation. Combined treatment may be especially beneficial for patients who have not responded to treatment with either medication alone.

However, it’s important to note that taking several antidepressants can increase the risk of side effects and interactions. Therefore, following a doctor’s recommendations is essential. Common side effects when taking Wellbutrin and Lexapro include drowsiness, dizziness, and headache.

Questions to Ask Your Health Team

Before starting any medication, it is important to discuss the benefits and risks of treatment. This this reduces the risk of adverse events while taking a prescription. A doctor will help determine if Lexapro or Wellbutrin is better suitable for you.

Questions to ask your care team about Lexapro and Wellbutrin include:

Lexapro and Wellbutrin are medications that may be prescribed for conditions such as depression and anxiety. These drugs should only be taken as prescribed by a doctor. While both are effective treatment options, a doctor will recommend which option is best suited for a patient.