The traits associated with BPD fall into five categories of dysregulation: emotions, relationships with others, behaviors, thinking, and internal self.5 Dysregulation means being unable to effectively manage or maintain stability. These areas of dysfunctions are relational and depend on interactions with others, the environment and one’s internal state.

The depth of emotional misery experienced due to BPD increases the risk of death by suicide by nearly 50 times that of the general population.7Additionally, 75% of adults with BPD report at least one incident of self-harm during their lifetime.7 It is estimated that between 1 to 6% of the general population meet the diagnosis. In a clinical setting, 10% of outpatients and 20% of inpatients meet criteria for a BPD diagnosis. Due to impulsive risk taking, self-harm, and suicidality, individuals with BPD are high utilizers of health care and inpatient treatment.7

Characteristics of borderline personality disorder include some, or all, of the following:

Bipolar disorder is a severe psychiatric illness ranked as one of the top twenty causes for disability and affects about 2% of the population.1,4 Bipolar disorder causes extreme mood swings between highs (mania, which can change to psychosis) and lows (depression). Mania may appear once in a lifetime, or a few times per year. There can also be stable periods with normal moods. It is estimated that depression accounts for about 75% of bipolar mood states over time.2. This may be why bipolar disorder has the highest rate of completed suicide of any psychiatric disorder.2

For a diagnosis of bipolar disorder, it is necessary for an individual to meet criteria for a manic, or hypomanic episode. To be considered mania, an individual must have high energy or activity with an elevated, expansive, or irritable mood that lasts for at least one week and is present most of the day, nearly every day. To be considered hypomania, the mood must last at least four consecutive days and be present most of the day, almost every day.1
Characteristics of bipolar disorder include the following:

Mania episode signs and symptoms include:9

Bipolar disorder can be diagnosed as mild, moderate or severe, or with psychosis. There are many other specifiers that can be added to the diagnosis: anxious distress, mixed features, rapid cycling, melancholic features, mood-congruent psychotic features, catatonia, peripartum onset, and seasonal pattern.1

The table below outlines the differences between Borderline Personality Disorder and Bipolar Disorder.

Dr. Gregory Lester suggests the following comparisons to differentiate the diagnosis of BPD from bipolar disorder.

These factors determine whether BPD or Bipolar disorder should be diagnosed:3

Diagnosis should be sought through a healthcare provider, either a primary care physician or mental health specialist such as a psychiatrist prior to beginning any treatment.

Treatment for BPD vs. Bipolar Disorder

Most medications used for BPD are in these categories:7

Medications work for some people and not for others.

Medications for bipolar disorder are somewhat similar. The most common medications for treatment are: Lithium; Mood stabilizers; Anti-psychotics; Antidepressants; and Anti-anxiety agents. Lithium has been used for decades and is the most well-known bipolar medication; however, it can become toxic in high doses and must be monitored with blood tests.2

Psychotherapy is recommended for both disorders. BPD has been found to respond well to Dialectical Behavioral Therapy and Acceptance and Commitment Therapy. Cognitive Behavioral Therapy is quite often used to treat bipolar disorder. Having the support and guidance of a qualified therapist makes a difference and should be considered an essential part of treatment for both disorders.

Outlook of BPD vs. Bipolar

Untreated borderline personality disorder leads to a lack of reliable, supportive relationships because most BPD friends or family members cannot tolerate emotional chaos long term. Social and family connections are fundamental to human beings. Without them physical and mental health outcomes are reduced and longevity is unlikely. Untreated BPD also leads to higher rates of eating disorders, addiction, incarceration and suicide. For individuals with BPD effective treatment and support systems are imperative.

Bipolar disorder is treatable with medication and therapy long-term. The correct diagnosis and education about the disease are essential. Individuals with bipolar disorder need to include their loved ones in their treatment.2 Their changes in mood and behaviors can be more easily identified by someone else, and that could mean quick action to reduce the potential damage (financial, physical, emotional, occupational, and in relationships). Depressive episodes must be taken seriously, even if it is the 100th episode, suicide is always a potential risk and can be prevented.

Like most illnesses, the key is recognition, accurate diagnosis and effective treatment. Millions of people have these diagnoses and live productive, satisfying lives. Those people who remain unaware and untreated can be disabled by mental illness. Asking questions and educating one’s self then seeking treatment is the key to having a life worth living.

The following are helpful additional resources for anyone impacted by BPD or bipolar disorder: 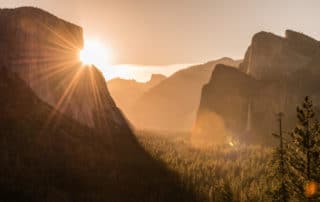