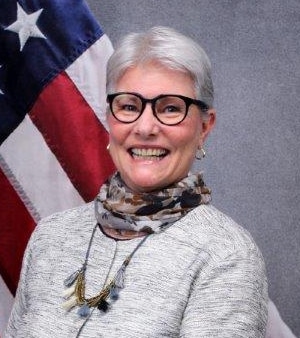 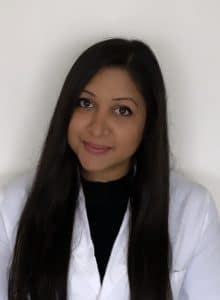 Histrionic Personality Disorder (HPD) is characterized by chronic patterns of inappropriate seductiveness, attention seeking behavior, shallow and rapidly changing emotions, theatricality, impressionistic and vague speech, and being easily influenced. Individuals with HPD can appear lively and charming and at the same time their flamboyance can embarrass other people around them. Treating HPD typically involves psychotherapy; however, it has low to moderate treatability.

What Is Histrionic Personality Disorder?

Histrionic Personality Disorder is recognized as a maladaptive personality disorder with which an individual seeks to assert power, influence, or control by seeking attention, using emotional drama, seductive behaviors, and provocative actions. Individuals with HPD are often victims of trauma in childhood and their exaggerated emotional displays and vague, superficial expressions are defensive measures.5

Though it might be useful to identify warning signs of personality disorders in childhood to provide early interventions, it can also be a trap. Children and teens are developing their personalities as their brains and bodies mature, and they interact with their environments. The stigma or misdiagnosis of children and teens can have long-term negative impacts. Therefore, personality disorders are generally not diagnosed until after age 18.

Adults diagnosed with histrionic personality disorder can be flamboyantly dramatic with expressive affect without much substance or depth. Their behaviors and emotions are superficial and change quickly. They can be described in positive ways as lively, exciting, and “the life of the party.”3  Histrionic Personality Disorder also brings a self-centeredness and thoughtless disregard of others. They can be impatient and easily bored. People around them may feel embarrassed by their exaggerated behaviors and emotional displays.4

Individuals with  Histrionic Personality Disorder pay a good deal of attention to their overall appearance. They are high utilizers of cosmetic enhancements.6 Both men and women can be flirtatious and seductive in ways that are manipulative. They like to be noticed and liked; being the center of attention is important to them. This trait makes it easy for them to become addicted to social media due to seeking social approval.9

Individuals with Histrionic Personality Disorder can also manifest manipulative traits in quiet ways using guileless charm and seduction that leads to short-term rewards. Discreet drama is simmering underneath an overt appearance of naivete and helplessness. The superficiality of individuals with  Histrionic Personality Disorder make them gullible and easy targets of manipulation themselves.

The symptomatology of this diagnosis may seem superficial, but like all personality disorders there are cognitive deficits that impair problem solving and judgment. Chronic emotional disruptions limit capacity for concentration and logical thinking. Further, outward emotional displays often mask serious internal misery and act as a defense against internal conflict.

Per DSM-5 criteria, a diagnosis of a histrionic personality disorder requires a pervasive and ubiquitous pattern of consistent attention-seeking behaviors and emotional dysregulation as outlined by specific manifestations.

Since 1952, Histrionic Personality Disorder has been included in the Diagnostic and Statistical Manual of Mental Disorders (DSM); however, the language has changed over time to reflect early negative bias. The first two editions of the DSM used the terms “emotionally unstable persons,” “hysterical neuroses,” and “hysterical personality” which harkened back to a disorder of women, which it is not.5 Histrionic Personality Disorder appears equally in men and women and does not relate to the womb.7

There are no identified evidence-based practices to treat  Histrionic Personality Disorder. Limited research indicates that individuals with  Histrionic Personality Disorder require supportive, individual psychotherapy that offers encouragement in a non-threatening environment. Due to their need for personal attention, it is not a good idea to engage them in group or family therapy.3

Various psychotherapies can be effective in improving self-esteem, reducing and managing emotional distress with coping mechanisms, and teaching skills that may have been lacking or unlearned in childhood. It is imperative that the clinician set firm boundaries due to Histrionic Personality Disorder’s manipulative behaviors.

Individuals must be assessed by a psychiatric medical provider if medication is sought as an intervention.

How to Get Help for Histrionic Personality Disorder

Finding a qualified therapist to treat Histrionic Personality Disorder can be somewhat difficult. There are many therapists who take short courses in personality disorder treatment, but that does not ensure they are qualified clinicians. It is important to seek professionals with specialized training and experience working with personality disorders. Inept treatment is worse than no treatment at all.

Do not be afraid to ask therapists about their education, training, certifications, experience and treatment philosophy. It is important to have the right fit so that treatment goals can be accomplished within a safe environment as quickly as possible. You can find a therapist through a referral from your primary care physician, or use an online directory. There are some intensive residential programs, but the cost may be prohibitive.

There are several online groups created for individuals with personality disorders. The groups can be informative, supportive and encouraging. They remind clients that they are not alone. Try Personality Disorders Awareness Network Resources and Mental Health America Groups for lists of online personality disorder groups.

Most research indicates about 2-3% of the population suffers with Histrionic Personality Disorder, while approximately 9%-15% of the population are diagnosed with personality disorders in general.3,5,7 While women are four times more likely to be diagnosed with Histrionic Personality Disorder, it can be attributed to over diagnosis. It remains underdiagnosed in men. Men’s sexualized behavior may be more socially acceptable, and men are more reluctant to report symptoms.3,5

Histrionic Personality Disorder is felt by individuals as ego syntonic.5 This means that they believe their behavior is normal; it matches up with how they view the nature of their personality. This can create difficulties with family, friends, and intimate relationships as  Histrionic Personality Disorder causes individuals to blame others because they are “fine”. They unconsciously continue destructive patterns without realizing they are the performers of ineffective behaviors instead of the victims.

1. Get an Accurate Diagnosis

Just having clear, specific information will help make sense of life’s challenges. It takes the mystery out of the question “what’s wrong with my life?” Therapists offer reassurance that change is possible, and a fulfilling life is within reach.

Find a trusted therapist and begin looking at the ways that life goes awry. Having someone who truly understands and recognizes the key problems with  Histrionic Personality Disorder will provide an opportunity for personal growth. Gaining insight and learning new skills can be positively life changing.

Managing Histrionic Personality Disorder may include seeking psychiatric medical assistance for symptoms of depression, anxiety, PTSD, or unidentified, chronic physical ailments. Effectively treating one aspect of the illness can leave room for more effort to address other negative impacts of  Histrionic Personality Disorder. Also, making changes in small steps is more likely to result in continued commitment to change.

Learn and practice any mindfulness tradition, such as Yoga, Qi Gong, Tai Chi, or meditation. This can go a long way to reducing emotional instability. Mindfulness practices positively impact mind, body and emotions providing overall stress relief. It doesn’t cost anything except some time for learning a new skill, and determination.

5 Tips for Supporting a Loved One With Histrionic Personality Disorder

To maintain relationships with individuals with Histrionic Personality Disorder, here are five recommendations:

A concept found in Dialectical Behavioral Therapy that asks one to accept the situation without judgment. It does not mean liking it, or condoning it, it means realizing and accepting that it is the present reality.

Become educated about this disorder and find the empathy to mentalize how  Histrionic Personality Disorder feels and how it disrupts the person’s world. Imagine how exhausting and shallow it is to perform the drama of constant emotional dysregulation, and manipulation.

Set firm, specific, appropriate boundaries. Make it clear what the boundaries are and hold to them without giving in to the whining, flattery, provocation, or dramatic flair. Remember: “Don’t buy the candy for your kid at the grocery store check-out. It may help in the moment, but you are now trapped in this cycle forever!”

This is particularly important when the manipulation is sexualized. Giving in positively reinforces the effectiveness of this inappropriate behavior and it becomes generalized to everyone.

Find ways to care for your own mental, physical and emotional health. Maintain personal time, see a therapist, go to church, join a group, play a sport, or take a walk, whatever makes you feel grounded, peaceful and energized is appropriate.

The overlapping characteristics with narcissistic personality disorder are self-centeredness, provocation and using manipulations for control or influence. Due to poor problem-solving skills, naivete, and helplessness, individuals with Histrionic Personality Disorder appear similar to those with dependent personality disorder who need others to guide and validate their behavior.

A well-trained clinician using appropriate tests and assessments will be able to parse out the overlapping symptoms and provide an accurate diagnosis. Scopophobia (Fear of Being Stared At): Symptoms, Treatments, & How to CopeScopophobia is the fear of being looked at or stared at by other people. Related to social anxiety disorder, more
'; 5 Signs of a Pathological Liar & How to CopePathological liars have a strong tendency to lie or exaggerate with no regard for the truth. Living or working more
'; Understanding Borderline Personality Disorder Relationship CyclesThe BPD relationship cycle is a push-and-pull between demanding attention and withdrawing from others. While it can be difficult more
'; What Is Narcissistic Supply?Narcissistic supply refers to the constant supply of attention and admiration needed by narcissists. Because narcissists are unable to more
'; Self-Harm: Signs, Causes, & How to Get HelpSelf harm is the act of injuring or harming your body on purpose. Cutting, burning, or other methods of more
';