Languages of Apology: 5 Types & How to Use Them 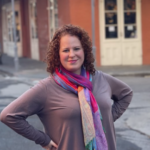 Similar to the five Love Languages, the five Languages of Apology show a person how they give and receive apologies. While there are many ways to convey remorse, understanding both your own and others’ languages can foster healthy communication, and therefore help to smooth over any conflicts that arise in your relationships.

Apologizing can be challenging. A therapist can help you heal a relationship. BetterHelp has over 20,000 licensed therapists who provide convenient and affordable online therapy. BetterHelp starts at $60 per week. Complete a brief questionnaire and get matched with the right therapist for you.

What Are the 5 Languages of Apology?

The five languages of apology were developed by Gary Chapman, PhD, and later written alongside Jennifer Thomas in 2008.  Much like his work on the five love languages, Chapman focused on the way that couples give and receive apologies, and how to reestablish connections after conflict by using these methods.1

The five languages of apology are:1

This form of apology includes expressing personal feelings of remorse about wrongdoing. Expressing regret might be someone’s preferred apology language, as it is the most common thing to say, “I’m sorry.” However, due to the ease of this type of apology, it can be frequently overused..

Common expressions of regret include:

The nature of this apology language is that it requires the speaker to identify specifics of what they did that was wrong. For some, this might be difficult, especially if they are not sure exactly what their error was. However, they know they feel bad badly about making their partner feel hurt or upset, and want to make it right.

Ways of accepting responsibility include:

Genuine repentance occurs when a person who committed the wrong tries to find a way to correct their behavior. This might look like one promising to change for the better, or not repeat the pain that they caused. This form of apology is common if the mistake was directly caused by the person’s actions, such as flirting with another person, making an insensitive joke, or snapping at a loved one.

This apology language is best for people who want to see actions, not just words. However, this can backfire if someone else doesn’t believe that the person can or will change. In this case, they might see repentance as empty promises.

Common ways to genuinely repent include:

A person can make restitution by finding  a way to replace or correct the resulting situation. This form of apology may be used if something was misplaced or broken. For people who like their partners to show action, as well as verbal remorse, this method might be best. For others, this might seem like a bribe.

Examples of making restitution include:

This final form of apology includes one asking for forgiveness from the person they hurt. It puts the emotional power, but also the emotional burden, back in the hands of the hurt party. For those who grew up receiving messages about the importance of forgiveness, this form of apology might mean a lot. However, this may not work for others who do not place a lot of weight on the concept of forgiveness. Similarly, for the individual being asked to forgive, they might feel a lot of pressure to forgive, especially if it is soon after the transgression took place.

Some examples of requesting forgiveness include:

Why Do Apology Languages Matter?

We all know that apologies matter–but, how you apologize also makes a difference. How someone acts after hurting another person can have a drastic impact on the individual themselves, the person who was hurt, and their shared relationship.2 When we know our partner’s apology language, we can better understand what actions and words will make them feel valued and understood. This can help us express ourselves, and help others communicate with us, too.

Apology languages can help in many ways, including:

Other Frameworks for Apology

The five apology languages are widely used and understood. However, there are other frameworks for apologies that have been studied. For example, Roy Lewicki, a researcher at Ohio State University, spent years researching the perfect formula for an apology.

He theorized that an apology consists of six elements:3

Although apologies are a necessary part of relationships, it can often be difficult to know when to apologize. The person giving an apology has to know when the other person is ready and willing to broach the subject–authentic forgiveness occurs when both parties are able to move on together.1

If the other person is very upset, perhaps a cooling down period might be beneficial. If the wrong was less severe, an immediate apology might be more beneficial and respectful. It can be an art to know how to apologize sincerely and effectively.

How Therapy Can Help With Apologizing

Learning how to feel comfortable apologizing takes a lot of skill and personal strength. It can be difficult at first to know how to approach an apology that will have the most impact on the person who was wronged. Practicing can improve your comfort with this. Therapy can also help people solve interpersonal conflict and develop healthier communication strategies.

Therapy options for improving your apology language include:

Conflict is an inevitable part of human relationships. But, knowing how to apologize to those who you care about can help to show them that your mistakes were not out of ill-intent, and that you are honestly trying to improve. Apologizing in the way your partner needs can make a huge difference in how they feel, while also helping to manage conflict. In the end, you will both feel more comfortable making and receiving apologies.

You can search for therapists by specialty,  experience, insurance or price, and location. Find a therapist today. Emotional Intimacy in Marriage: 15 Tips for Building and Repairing It
Emotional intimacy is a feeling of closeness and connection with someone, a sense of being known and knowing another...
'; Breakup Grief: What Is It & How to Overcome
Experiencing grief from a breakup is definitely a possibility. Breaking up is a hard process to go through, and...
'; 10 Signs of Sociopathic Husbands & How To Deal With Them
A relationship with a sociopathic husband is often defined by his charm, charisma, and quick wit, especially at the...
'; What Are the 5 Love Languages? Types, Benefits, and Criticisms
In his groundbreaking book, The Five Languages of Love, Gary Chapman describes five different types of love languages: words...
'; What to Consider About Dating When Separated
Depending on your specific circumstances, dating when you’re separated from your spouse may have various legal and emotional implications....
'; Contempt in Relationships: Signs, Dangers, & How to Overcome
Contempt in a relationship will often show itself as sarcasm, eye-rolling, sneering, mocking, cynicism, name-calling, and/or mean humor -...
';