People with Pure O OCD (also known as Pure O and pure obsessional OCD) experience recurring unwanted thoughts, images, or sensations that elicit anxiety or distress to such an extent that their life is continually disrupted.1 Pure O can be hard for others to notice because the accompanying compulsions aren’t external or physically displayed. Instead, a person with Pure O OCD will carry out internal rituals and mental compulsions.

What Is Pure O?

Pure O is a type of obsessive compulsive disorder where compulsions are completed mentally. Some may feel that they only experience obsessions, and not compulsions. That is typically not the case, and instead, mental rituals are occurring under the surface in a covert manner.

Through psychoeducation during treatment with a therapist, an individual can learn to identify mental compulsions. To meet clinical criteria, the symptoms must interfere with important activities or cause significant distress.2

How Is Pure O Different From Typical OCD?

The name Pure Obsessional (Pure O) is a bit of a misnomer because it is, in fact, OCD. There are both obsessions and compulsions present. With that in mind, it is a name that has helped many people seek out treatment who otherwise would not have.

Media and pop culture often incorrectly portray OCD as solely related to hand-washing or organization. While OCD may present for some in this way, it is not the case for everyone. The name Pure O gives community to those who may not feel they fit the stereotypical OCD portrayal.

Obsessions vary person to person, but there are common themes within OCD. Obsessions can elicit a strong emotional reaction due to the nature of their content. This is due to obsessional thoughts being ego-dystonic; meaning they are not in line with your personal belief system and it’s not the type of thought you’d expect yourself to have.3

Common obsessions in OCD include:

What Are Mental Compulsions?

Compulsions are defined as repetitive behaviors used to try to neutralize, investigate, counteract, or get rid of obsessions.4 Compulsions are what an individual does in response to these thoughts. With Pure O, most rituals are mental and not able to be outwardly observed by others.

Although Pure O is a nickname for OCD without observable compulsions, there are sometimes overt, or visible, compulsions that are present as well.

Common examples of visible compulsions for those with Pure O are:

The above compulsions are common, but this list is not exhaustive. Compulsions vary person to person and can change over time.

Compulsions (both visible and invisible to others) are often exhaustive and frustrating for the individual engaging in them. They may want to get out the door for an important appointment, but feel as though they can’t until a ritual is completed. The problem with compulsions is that they reinforce the idea that you cannot tolerate the discomfort or anxiety you’re experiencing.

Talk Therapy – Get help for living with OCD from a licensed therapist. Betterhelp offers online therapy starting at $60 per week. Get matched With A Therapist

Medication – Find out if medication for OCD is a good fit for you. Brightside offers a free assessment. Treatments start at $95 per month. Free Assessment

Choosing Therapy partners with leading mental health companies and is compensated for referrals by BetterHelp, Brightside and Mindbloom.

The gold-standard treatment for Pure O is Exposure and Response Prevention (ERP) and/or medication.5 These treatments have greatly improved prognosis for OCD.6 The promising outcomes referenced are largely due to ERP, a type of cognitive behavior therapy (CBT).

Through working with an OCD therapist, individuals can expect to be treated with ERP. The goal in OCD treatment is to build skills to handle the presence of unwanted thoughts without engaging in compulsions. These skills develop through exposures, where the individual gradually exposes themselves to feared stimuli while resisting compulsions.

When completing ERP, the individual often uses a hierarchy and gradually builds tolerance for more challenging exposures. Studies have shown that individuals with covert compulsions (like in Pure O) also benefit as long as exposures are adapted.7 This can be done through the use of scripting or audio recordings.

Your therapist will never force you to do an exposure you’re not willing to do. Together you build a hierarchy and decide where you want to start. Oftentimes, this means taking a look at your values and what is most important for you. Your therapist may ask; what is important to you that OCD has gotten in the way of? This can be a jumping off point for value-driven exposure work.

Medication alongside therapy has been shown to be effective for OCD.8 The class of medications that are front-line treatment for OCD are selective serotonin reuptake inhibitors (SSRIs).9 A physician or psychiatrist will work with a patient to find the right medication for them and to consider side effects or possible risks with the medications.

While ERP and/or medication are the gold-standard treatment for OCD, certain lifestyle changes may also aid in recovery. This can involve taking an inventory on sleep, caffeine intake, substance use, overall stress, and exercise. A psychiatrist or therapist can work with the patient to assess their lifestyle and work on making healthy changes.

How to Get Help for Pure O

If you feel you may be struggling with OCD, don’t hesitate to ask for help. A good first step is visiting the International OCD Foundation’s website. IOCDF provides valuable resources to individuals, parents and families. Another great option for getting help is by using an online directory, where you can search for a therapist with specific qualifications, like someone who works specifically with people who have OCD.

OCD can be debilitating and overwhelming. If you or someone you love is struggling with OCD, know you are not alone. Reaching out to a trusted friend or OCD specialist can be a scary, but powerful, first step. 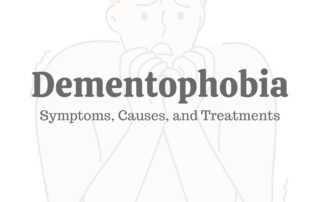