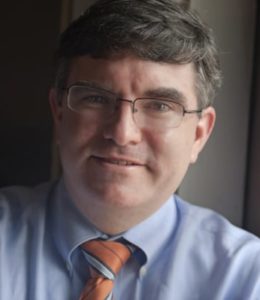 Schizotypal personality disorder is a persistent pattern of maladaptive thinking and behaviours often characterized by eccentric behavior, extreme social avoidance and brief periods of psychosis. There are no known causes, but it can be treated using methods for anxiety or depression.

Therapist are experts at helping people with mental illness. BetterHelp has over 20,000 licensed therapists who provide convenient and affordable online therapy. BetterHelp starts at $60 per week. Complete a brief questionnaire and get matched with the right therapist for you.

What Is Schizotypal Personality Disorder?

One primary difference in schizotypal personality disorder being that the individual can recognize or be made aware of the faulty logic in their thinking. If they experience brief episodes of psychosis or delusional thinking it is generally less severe and less frequent than episodes experienced by those diagnosed with schizophrenia. A small percentage of people diagnosed with schizotypal personality disorder will go on to develop schizophrenia or other psychotic disorders.1

Schizotypal personality disorder is relatively rare with estimates in clinical samples ranging between 0-1.9 percent. Prevalence of schizotypal personality disorder in the general population is estimated to be 3.9 percent according to a National Epidemiological Survey on Alcohol and Related Conditions and it also found slightly higher prevalence in males at 4.2 percent versus females at 3.7 percent.1,2

How Is Schizotypal Personality Disorder Diagnosed?

To meet DSM-5 criteria for diagnosis of schizotypal personality disorder at least five of the nine symptoms must be present since early adulthood and persistent in a variety of contexts:1

According to DSM-5, personality disorder diagnoses are not given to children under 18 years of age, however schizotypal personality disorder symptoms will present in children and teens similarly as in adults. Research studies have found younger people score higher in odd beliefs, unusual bodily perceptions, peculiar behavior and odd speech.

Many children with these traits may appear socially awkward, isolated, may fall behind in school and may become victims of teasing and bullying. Socialization and adaptation as the youth develops could potentially help improve some of these symptoms and social consequences.3

In adult populations, males often present with more negative symptoms such as flat affect and disorganized symptoms such as emotional volatility and incongruent emotional responses, such as laughing when something bad happens. Females have been found to score higher on social anxiety symptoms and odd belief subscales.3 Adults with schizotypal personality disorder will often seek mental health treatment for comorbid mood or anxiety disorders, unaware of their personality disorder or that people may view them as odd or eccentric. Research has also found that people with schizotypal personality disorder often have difficulties in employment, frequently seeking positions that offer limited contact with others resulting in jobs that are menial or not challenging cognitively.4

Schizotypal personality disorder may look at times like other disorders such as schizophrenia. What makes the disorder unique from schizophrenia is the severity and duration of psychotic symptoms.

Signs and symptoms commonly seen and experienced by those suffering from schizotypal personality disorder are:1,2

There is no singular cause of schizotypal personality disorder. It is thought to be the product of one’s psychological, biological vulnerabilities and environmental stressors.

Known factors that make a person more likely to have schizotypal personality disorder include:1,6

People with schizotypal personality disorder most commonly seek treatment for depression or anxiety disorders. It may not be apparent to the person or their loved ones that they have schizotypal personality disorder due to the rarity and lack of common knowledge of the disorder. A mental health professional will conduct a psychiatric evaluation to determine if the person meets DSM-5 criteria. This is typically done through clinical interview and through use of assessments such as the Schizotypal Personality Disorder Questionnaire (SPQ) or more recently the SPQ-Brief Response which is a 32-item revised version of the original, lengthier, 74 question questionnaire.

One of the most widely used measures is the Structured Interview for Schizotypy (SIS) or now the SIS-Revised (SIS-R). There are many adaptations of the assessment tools and varying types of measures for clinical use in diagnosing schizotypal personality disorder, many of which depend on the provider’s preference and specialized training, and/or the purpose of the assessment.1,7,8

Psychotherapies that may prove beneficial in treating schizotypal personality disorder include cognitive-behavioral therapy which can help by identifying unhelpful thought patterns and modifying maladaptive behaviors. People with schizotypal personality disorder often push people away and isolate, causing rifts between their families and loved ones, so family therapy can be beneficial in dealing with this and in helping the person and their family by providing psychoeducation, coping skills and improved communication strategies for dealing with the disorder. Supportive therapies can also provide skills in learning better socialization and re-learning more adaptive behaviors that help the person function more effectively in work, school and home environments.9

While symptoms may improve and behavioral modification may help, it is not a disorder that typically is cured but is more commonly managed and controlled. As stated earlier, many people experience improvement in their symptoms with age but personality is typically stable throughout one’s lifetime.9

As with most mental health disorders, a balanced diet and exercise may prove beneficial in treating schizotypal personality disorder along with proper treatment of any comorbid medical, mental health and substance abuse disorders. Having a support system of people that encourage positive change and personal growth rather than enable maladaptive behaviors is also enormously advantageous to people with Schizotypal personality disorder and other related mental health issues.9

Therapist are experts at helping people with mental illness. BetterHelp has over 20,000 licensed therapists who provide convenient and affordable online therapy. BetterHelp starts at $60 per week. Complete a brief questionnaire and get matched with the right therapist for you.

How to Get Help for Schizotypal Personality Disorder

If you believe you may have schizotypal personality disorder or know someone who does it is helpful to make a list of symptoms or behaviors that are troublesome. If you are unsure ask someone if they have noticed anything concerning. Discuss these concerns with your doctor or mental health professional. Bringing someone trusted to help advocate or reaffirm information provided to a doctor or provider may be useful.

If the person needing help is a child or teen, ask their teacher’s for information that may also help provide information and context for the behaviors and symptoms. Schizotypal personality disorder, like all DSM-5 personality disorders, is not technically diagnosed in people under the age of 18 years old, however if you suspect your child or teen is exhibiting early signs and symptoms of the disorder consult with your child’s paediatrician and determine if psychiatric intervention is indicated and could be of benefit to the youth.

If uncertain about which provider to obtain, consult with a primary care provider about referrals to a mental health professional another option is to inquire for a list of providers from an insurance company. Insurance providers typically will provide a list of in-and out-of-network specialists in a person’s geographic location.

People with schizotypal personality disorder may go years or even their lifetime without being properly diagnosed. Those who are diagnosed often struggle with little knowledge of the disorder and may find it difficult to locate information due to its relative obscurity. Also, because of the persistent and pervasive nature of personality disorders, it may come as a surprise to someone that their personality, or essentially who they are is considered a disorder. They may think, “This is who I am, it’s my personality!” Many times, they will have other mental health diagnoses or are being treated for co-morbid mental health illness particularly social anxiety and depression.9

Schizotypal personality disorder as part of the schizophrenia spectrum is often conceptualized as a milder version of schizophrenia especially with regards to psychotic symptoms such as hallucinations and delusions. Another difference is that the hallmark features of schizotypal personality disorder persist in the absence of psychotic symptoms. And the psychotic features are less frequent and severe than those seen in schizophrenia and related disorders. Psychosis must not be better explained by a medical condition or substance abuse.1

The eccentric behaviors, preference for solitude and idiosyncratic use of language may cause difficulty in distinguishing schizotypal personality disorder from autism and other language disorders. This is complicated further by the lack of common knowledge of schizotypal personality and the fact that it is not a childhood disorder. According to the DSM-5 language disorders are typically more severe than the language deficits present with schizotypal and the social deficits and inability to recognize emotion are more severe in autism than in schizophrenia, even in the milder forms of autism disorder.1

Between 30-50% of people with schizotypal personality disorder will also develop major depressive disorder at least once in their life. Anxiety disorders are also common in this population, especially social anxiety and generalized anxiety disorder. Higher rates of PTSD have been commonly found in research studies as well, however prevalence rates are difficult to determine due to the lack of consistent research findings and paucity of studies with large sample sizes.1,10 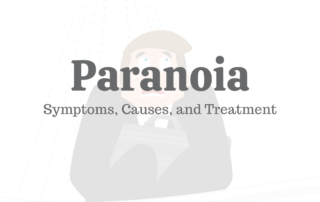 Paranoia: Symptoms, Causes, & Treatment
Paranoia refers to intense fears and discomfort about one’s sense of safety in the world. When someone has symptoms...
'; Hallucinations Vs. Delusions: Differences & Treatments
Hallucinations relate to disturbances in sensory experiences, while delusions affect a person’s innate beliefs and mental constructs. These may...
'; Depression: Types, Symptoms, & Treatments
Depression is a mood disorder that brings about sadness and can influence our energy, irritability, and overall well-being. There...
';