ADHD vs. Anxiety: Understanding the Differences 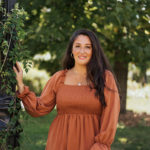 It is common for people with anxiety or ADHD to display similar symptoms. However, it is important to recognize that these are two different conditions. Both disorders can impact a person’s daily life, but anxiety more so relates to excessive worry and emotional distress. Acknowledging these key differences will ensure a person receives the proper treatment and management.

Attention-Deficit/Hyperactivity Disorder (ADHD) is a neurodevelopmental disorder that typically results in difficulties paying attention, hyperactivity, and impulsivity. The symptoms of ADHD can vary greatly depending on the individual. However, these are categorized into three presentations by experts–inattentive, hyperactive-impulsive, or combined. A person with a combined presentation does not display symptoms mainly from one category, rather a mixture of both. ADHD is commonly diagnosed in childhood.1

Common symptoms of ADHD include:

Anxiety is a disorder categorized by fear, worry, and nervousness. There are many types of anxiety disorders, and it is important to know which kind a person has to receive proper treatment. The symptoms of anxiety range in severity but can greatly impact one’s overall life and ability to function.

Common symptoms of an anxiety disorder include:

While symptoms of ADHD and anxiety can overlap, it’s important to recognize the distinct differences between the two. ADHD typically affects one’s ability to concentrate and stay organized due to issues with executive dysfunction and attention. On the other hand, anxiety relates to an excessive amount of worry or fixations on any number of thoughts, actions, or circumstances.

Below are seven differences between anxiety and ADHD:

Nervousness often occurs as a reaction to stress or in situations that are unfamiliar. Feeling anxious about something new and scary is normal. However, those with anxiety become so overwhelmed by nervousness that it begins to affect their perceptions of reality. A person with ADHD may feel nervous about failing to complete a task or falling behind on a project. But, they often do not allow this to overwhelm other aspects of their life. For example, intrusive thoughts that are often associated with OCD greatly differ from any experienced by a person with ADHD.

Impulsivity is the tendency to act without thinking or consideration of consequences. This behavior is often exhibited by those with ADHD. This is certainly not the case for many with anxiety, as they may be fearful of reactions to and repercussions of any choice they make. For example, a person with social anxiety will most likely refrain from making risky decisions with friends or peers, as they fear social circumstances in general.

A person with anxiety is more likely to follow instructions than a person with ADHD, because they are fearful of the consequences that might follow if they don’t. Additionally, they may want to ensure they live up to the expectations placed upon their work by others or themselves. Conversely, those with ADHD have difficulty following instructions for a number of reasons, such as a wandering mind or racing thoughts.

Those with ADHD struggle with paying attention and focusing. This may be exhibited in their conversations with others, work-management skills, and other areas of life. However, while a person with anxiety may appear inattentive, this behavior is often caused by preoccupations on worries or distress.

Both anxiety and ADHD can impact a person’s sleep. For those with anxiety, their bodies are in a constant flight-or-fight mode, sometimes resulting in sleep disturbances such as insomnia or anxiety dreams. While people with ADHD also experience difficulties sleeping, these typically stem from not having a mental “off” switch at the end of the day.2

Prioritizing tasks can be tricky for a person with ADHD. In some cases, they may experience analysis paralysis when making a decision which can result in failure to complete important tasks. Those with anxiety don’t generally struggle to prioritize projects, but instead may hyperfixate on the amount that needs to be done. This can only increase their anxiety.

Fear of the Future

A fear of the future is often seen in those with anxiety. They can become stuck on thoughts about negative events or consequences, and spend endless time overthinking and overanalyzing a situation.

Virtual Psychiatry – Get help from a real doctor that takes your insurance. Talkiatry offers medication management and online visits with top-rated psychiatrists. Take the online assessment and have your first appointment within a week. Free Assessment

Choosing Therapy partners with leading mental health companies and is compensated for marketing by BetterHelp and Talkiatry.

Despite the differences between anxiety and ADHD, it can be difficult to distinguish between the two as certain symptoms may present in similar ways. Sometimes, these symptoms occur simultaneously as a comorbid condition.3

Similar characteristics between anxiety and ADHD include:

Is It ADHD or Anxiety?

If you are exhibiting symptoms of ADHD or anxiety, it’s important to seek the help of a medical professional. Whether you choose to see a therapist, psychiatrist, or other physician, they can offer you an accurate diagnosis so you can receive treatment. However, if you’re apprehensive about seeking advice just yet, there are some questions you can ask yourself to help determine the root cause of your symptoms.

To help distinguish between ADHD and anxiety, here are some questions to ask:

How Are Anxiety & ADHD Treated?

Treatment is an important aspect of living with ADHD or anxiety. Medications may be prescribed in both cases, but they can lead to adverse effects and certain prescriptions cannot be combined. In terms of therapy, be sure to find the right therapist who is knowledgeable in treating your specific condition(s). You can search for one using an online therapist directory.

There are many forms of treatment for adult ADHD as well as medications for ADHD. Finding the method that works for you will help you feel better supported and able to navigate your life. You may have to test out a few treatment plans before you notice any improvements, but this is normal. A combination of therapy, healthy coping skills, and medication is often the best approach.

Treatment options for ADHD may include:

*These medications have a black box warning, the most serious kind of warning from the FDA for a risk of medication misuse or abuse.

There are many therapy options for anxiety and medications for anxiety. Research suggests that utilizing a combination of treatment approaches is more likely to lead to success.

**These medications have a black box warning, the most serious kind of warning from the FDA for abuse or misuse, risk of physical dependence and risk of serious side effects, including death, when combined with an opioid.

***This medication has a black box warning, the most serious kind of warning from the FDA for a risk of suicidal thoughts and behaviors in certain people. You should talk with your doctor about these risks before starting this medication.

How to Cope With ADHD or Anxiety

There are many ways to adopt healthy coping mechanisms when it comes to living with ADHD or anxiety. Along with treatment, these can help alleviate symptoms and offer relief. Maintaining one’s emotional self-care is important as it allows you to stay calm, relaxed, and balanced in between therapy sessions or in moments of overwhelm.4

Some healthy coping skills to try include:

While ADHD and anxiety may share similar characteristics, they are very different conditions with varying treatment approaches. If you have been diagnosed with anxiety or ADHD, make sure to seek support. While living with symptoms can be challenging, it is possible to experience relief.

Choosing Therapy partners with leading mental health companies and is compensated for marketing by Online-Therapy.com, Hims / Hers, and Mindfulness.com 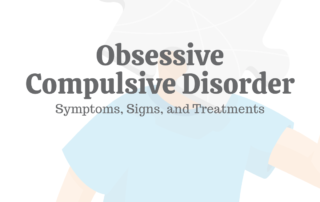 23 Tips for Overcoming Test Anxiety
Taking a test can make you feel anxious or jittery, but it’s important to learn the techniques that can...
'; Anxiety & Insomnia: Connections & How to Cope
The link between anxiety and insomnia is strong, and one can cause or worsen the other in a vicious...
';